What is the hit app "Twin-Calc"? The developer is a retired 63-year-old man 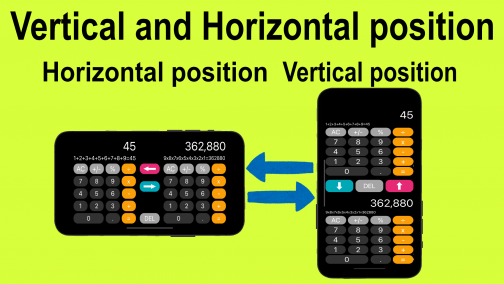 The number of downloads was sluggish for a while after its release, but after making certain improvements, the number increased significantly.
One idea is ----
NISHINOMIYA, Japan - Amzeal -- A rather unusual application that has two calculators on one screen has been released on AppStore in Japan and is gaining popularity. Its name is "Twin-Calc".

It was developed by a 63-year-old man from Japan.

The number of downloads was sluggish for a while after its release, but after making certain improvements, the number increased significantly. One idea is ---

First, let's check the function.
Two calculators and arrow keys are displayed on one screen.
By tapping the arrow keys displayed on the screen, the calculation result can be copyed to the other calculator.
It is also possible to perform separate calculations on each calculator.
This feature is useful when shopping at the supermarket and want to compare prices with "Which one is cheaper in units?"

The app was developed by Hiroyuki Ueda (63) lives in Japan.

After retiring, he had time to spare, so he began studying the programming language "Swift" in earnest. He wants to make a smartphone app that he thinks "I wish I had something like this" someday. Because he thought so.

What caught his eye was the calculator. In addition to being closely related to daily life, it was also attractive that it could be used universally without language barriers.

According to Mr. Ueda, there were no Apps with two calculators on one screen at the time, and he decided that it would be possible to achieve differentiation. He aimed to develop it as an iPhone App.

when released the first version, the number of downloads was sluggish. The reason is that only one calculator can be displayed on the vertical screen of iPhone, and it was designed to display two calculators by rotating it horizontally. For those who didn't notice it, it was "just a simple calculator".

More on Amzeal News
Therefore, he improved it so that two calculators are always displayed on both horizontal and vertical screens.

After released a renewed version, the number of downloads has more than tripled.

Mr. Ueda says, "A surprising number of App have been downloaded, and we have received happy comments such as 'easy to use' and 'a wonderful idea.'

Mr. Ueda, who says that there are few people in his generation who are good at IT, said, "I hope I can become that goal."