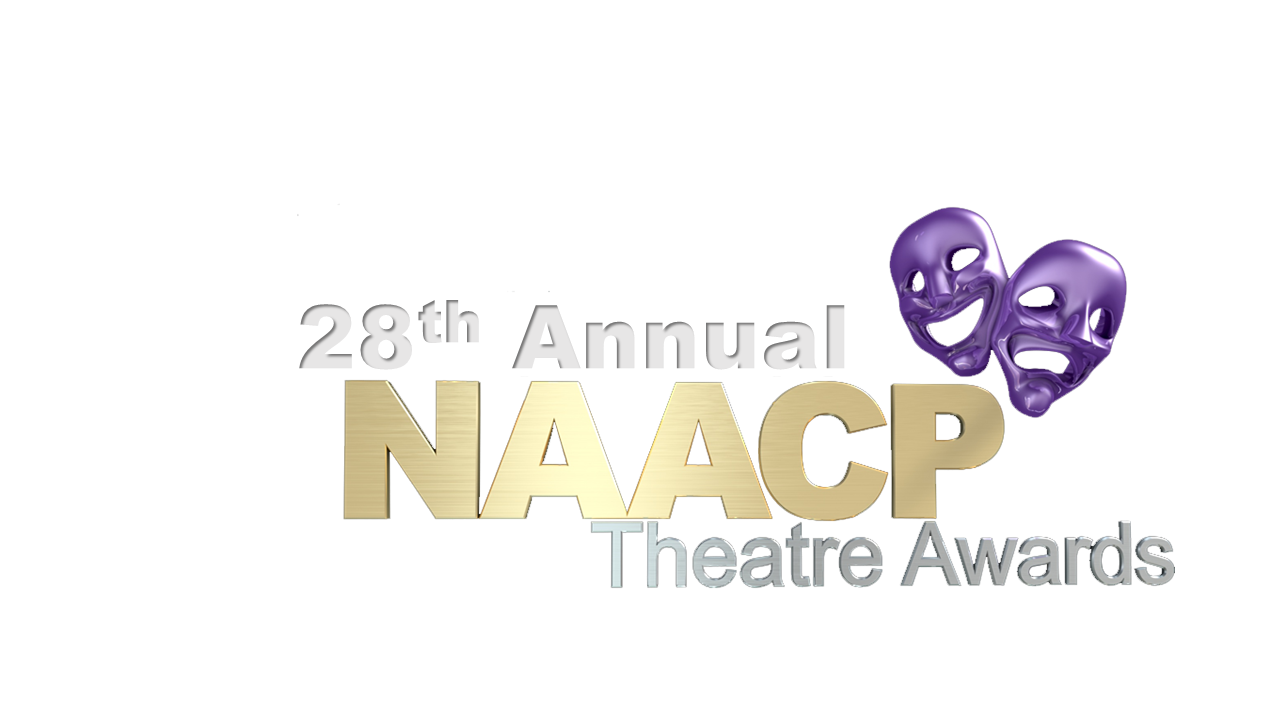 Making her hosting debut at this year's awards show is accomplished comedian, actress, confirmed bacon lover and award-winning talk-show host, Loni Love.  Ms. Love can be seen daily on the Emmy-winning talk show "The Real," which is in the midst of their fifth season.  Hailing from the "Motor City," Love grew up in Detroit's Brewster-Douglas Housing Projects, once home to members of Motown's most iconic group, The Supremes.  Despite her meager beginnings, she was a young woman who had options.  Raised by a single, working mother, her hard work ethic afforded her a scholarship to Prairie View A & M University in Texas where she earned a degree in electrical engineering.  It was at Prairie View where she stumbled upon her gift for stand-up comedy after winning $50 in a campus competition.  Upon graduation, she accepted an engineering position in Los Angeles and continued to hone her comedic chops at local comedy spots including the renowned Laugh Factory.  Love flourished on the comedy stage and her timing earned her recognition and awards.

Ms. Love has made guest appearances on dozens of television shows including sitcoms and talk shows.  Early in her career she performed as a stand-up comedian on the Tonight Show with Jay Leno- a platform that has helped launch some very successful comedy careers.  She's had roles in the popular movies "Soul Plane" and "Paul Blart: Mall Cop 2." In addition to her daily talk show duties, Ms. Love penned her first comedy advice book titled "Love Him or Leave Him but Don't Get Stuck with the Tab."  She also finds time to co-host a nationally syndicated radio show along with rapper MC Lyte called "Café Mocha."  Created by and for women of color, the radio hosts have interviewed President Obama and First Lady Michelle Obama, John Legend and Toni Braxton to name a few.  Ms. Love brings a wealth of hosting experience and well-groomed laughter for what will certainly be an entertaining evening.

With a vast stage and screen career that began in 1971, the NAACP Theatre Awards will bestow this year's NAACP Lifetime Achievement Theatre Award to acclaimed actress and Tony Award winner Lillias White.  Making her Broadway debut in "Barnum" in 1981, Broadway stages have become Ms. White's home away from home.  This Brooklyn native has numerous iconic musicals on her bio including "Cats," "Chicago," and the original 1981 production of "Dreamgirls" as the understudy for Effie, later taking over the role in the 1987 revival of the same. In 1997, she earned a Tony Award, Drama Desk and Outer Critics Circle Award for her spot-on portrayal of a wearied, streetwise hooker named Sonja in Cy Coleman's "The Life."  Ms. White revealed in a recent interview how she reached this particular character, sharing that "In approaching this character, think of her as a girl who grew up with great family values but took a wrong turn.  And sing from your "down-there" if you know what I mean."  In 2019, White earned a Tony Award nomination for her role as Funmilayo Kuti in "Fela!"

More on Amzeal News
Her magical voice has not only been heard on the theatre stages across the country, but she has blessed thousands with performances at the White House, and along side Boston Pops Orchestra and the Brooklyn Philharmonic at Carnegie Hall. Ms. White was the voice of Calliope on the Disney animated series "Hercules" and can be heard on Madonna's 1990 hit "Rescue Me."  Ms. White's wide-ranging career stops even brought her to "Sesame Street" early on where she earned a Daytime Emmy Award for her reoccurring role as Lillian Edwards and also voiced the lead singer in the Muppet's singing group "The Squirrelles."  Her resume continues to grow as Ms. White currently can be seen on the Netflix streaming series "Russian Dolls" where she plays Dr. Zaveri plus she has an upcoming drama called "The Drummer" alongside Danny Glover that is scheduled for release later this year.

The first African American Actor to earn the Triple Crown of Acting – an Academy Award, an Emmy Award and a Tony Award – is none other than incomparable Viola Davis and she's this year's recipient of the NAACP Trailblazer Theatre Award.  Describing her early years as having "lived in abject poverty and dysfunction," Ms. Davis has risen from the ashes of her humble beginnings like a Phoenix, earning the titles of Thespian, Producer, Philanthropist, Honorary Doctorate degree holder (times 2), Wife and Mother in the process.  Born in South Carolina, when she was only 2 months old, her family migrated north to Rhode Island.  It was at Central Falls High School in Rhode Island where her love for the theatre began to blossom.  Ms. Davis later attended Rhode Island College, majoring in theater and from there it was off to famed arts conservatory, The Juilliard School, graduating in 1993.

Throughout her career Ms. Davis has managed to transition from stage to screen seamlessly and has been richly rewarded and honored for her many works on the stage, screen and film.  She earned her first Tony Award and Drama Desk Award for her portrayal of Tonya in "King Hedley II."  In her breakthrough film role as Mrs. Mueller in the film adaptation of the Broadway play "Doubt," she had one scene opposite Meryl Streep which incredibly earned her an Oscar nod for best supporting role in the drama.  With a laundry list of unforgettable roles, she's played on all platforms from the housekeeper turned reluctant heroine Aibileen Clark in "The Help," to the often feared, take-no-prisoners attorney Annalise Keating on her current drama series "How to Get Away with Murder" for which she became the first African American woman to win an Emmy Award for Outstanding Lead Actress in a Drama Series.  Her range in capturing and enveloping her characters is unmatched.  Earning a Tony Award for Best Actress in August Wilson's play "Fences" for the role Rose Maxson, she reprised the role in the film adaptation and earned an Academy Award for Best Supporting Actress opposite Denzel Washington.  While her performance resume is extensive, Ms. Davis has added producer to her resume.  She, along with husband, Julius Tennon, have founded JuVee Productions to give voice to the voiceless through strong impactful and culturally relevant narratives.  Their first project "The Personal History of Rachel DuPree" will be produced in conjunction with Amazon.

The saying: "the fruit doesn't fall far from the tree" is apropos when describing NAACP Spirit Award honoree Condola Rashād.  Youngest child of iconic stage and screen actress Phylicia Rashād, the younger Rashād has followed in her famous mom's footsteps.  Her breakout came with the her critically acclaimed performance in the Off-Broadway play "Ruined" in 2009 for which she received the Theatre World Award for Best Debut Performance and was nominated for a Drama Desk Award.  A subsequent Tony Award nomination for Best Featured Actress in a Play for her performance in "Stick Fly" has proven that she is making her own mark in the industry apart from her successful performing family. Ms. Rashād has had feature television roles including in the remake of the heartwarming film Steel Magnolias where she played Shelby, a role made famous by a young Julia Roberts in the original version.  Currently, Ms. Rashād has a reoccurring role in the Showtime drama series "Billions."

More on Amzeal News
This year, the NAACP President's Award will be presented to political pioneer Herb J. Wesson, Jr. who has served as the first African American Los Angeles City Council President since 2011.  Mr. Wesson has a long and successful record of serving the constituents of Southern California.  First as Chief of Staff for former City Council member Nate Holden and for LA County Supervisor Yvonne Burke.  He then transitioned into public office in 1998, winning an election to the California State Assembly to represent the 47th District.  Wesson then became the second African American to be elected as Speaker of the California Assembly with a unanimous vote.  When his term was up, Mr. Wesson returned to Los Angeles City government, having been elected to the Los Angeles City Council representing District 10.  One of the most racially diverse districts in the City, Mr. Wesson's District includes the neighborhoods of Koreatown, West Adams, Little Bangladesh and parts of Baldwin Hills.  During his tenure, Mr. Wesson has led the way for L.A.'s minimum wage increase to $15.00 per hour and was instrumental in getting Kaiser Permanente Medical Offices to open offices in an underserved portion of his district.  He currently chairs the Ad Hoc Committee for the 2028 Summer Olympics that will be held in the city.  Mr. Wesson continues to be one of the city's leading advocates for the homeless.  He was the leader of the city of Los Angeles' successful HHH ballot initiative that provided funding for 10,000 units to housing for the homeless.  Many of these units are currently under construction.

President Ron Hasson states, "Black storytelling on the stages of America is a thriving business that is exciting a wide range of diverse theatre-goers."

"It is such an honor and privilege for the NAACP to bestow honor on change-makers who have blazed a trail of excellence and elevated the art of theatre to a whole new diverse audience," says Executive Producer Tia Boyd.

Tickets are on sale now and can be purchased here -->  https://tinyurl.com/TicketsJune17