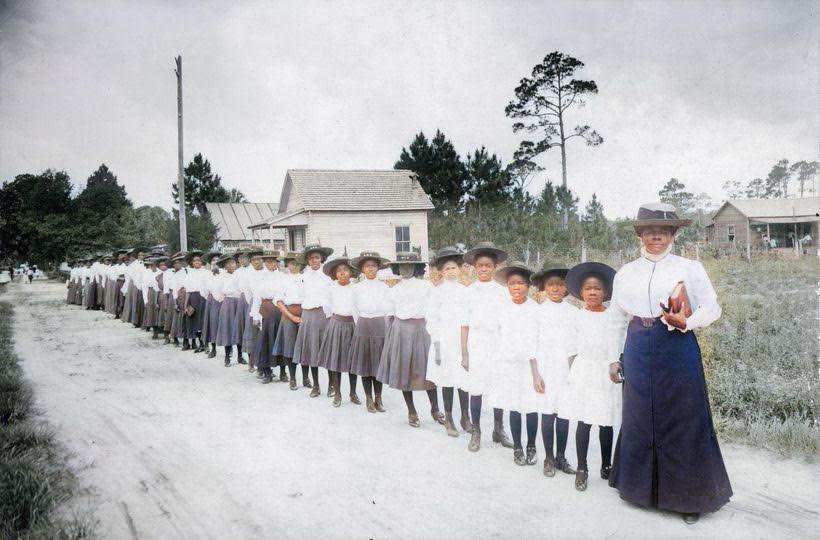 A Dollar Fifty Productions LLC announces the development of an untitled biographical film on the life of Mary McLeod Bethune, including derivative projects.
LOS ANGELES - Amzeal -- Bethune was an advisor to four Presidents, pivotal in establishing the National Council of Negro Women, and a leader in the National Youth Council.

The script highlights how Mary McLeod Bethune overcomes the rejection of being a missionary in Africa due to racism to find renewed purpose in a Florida coastal railroad town in the 1900s, leading to her being one of the most celebrated heroes of American history.

Attachments to the project will be announced soon, and filming is anticipated to begin in the first quarter of 2023 in and around Georgia. The production company is composed of industry veterans uniting for the first time due to the shared appreciation of this historical figure and goal of sharing her powerful story.

"Mary McLeod Bethune was a visionary activist and educator who accomplished many things to better American society during a period of racism and segregation. This story demonstrates how she used her hands, heart, and head to establish a legacy despite oppression." -Redelia Shaw, Producer

More on Amzeal News
"Her amazing journey will inspire all.  Mary McLeod Bethune transcended all obstacles to develop a school to educate young girls and later boys in spite of racism and sexism.  She was a civil rights activist and was instrumental in assisting with legislation to elevate the lives of black people and women in America."-Dr. Dhyana Ziegler, President and CEO of Z/Creators, LLC

"Her tremendous faith, perseverance, and passion for education and service to mankind have left a positive impact still being felt in our community and throughout America today. However, many still do not know the life and legacy of this great 'American Icon.' Now is the time to tell this inspirational story!" -Anthony Tony B. Major, A Dollar Fifty Productions, LLC Founder

About A Dollar Fifty Productions LLC

Contona Thomas is an actor and producer with over twenty-five years of entertainment experience. He is the producer of the web series Miserably Single, which caught the attention of Shaq Comedy Network, managed by Code Black Entertainment. He has been cast in numerous projects as a featured guest on Nickelodeon shows Welcome Freshman, All That, and the Kenan & Kel Show and has been seen in many SeaWorld national commercials.

More on Amzeal News
Redelia Shaw is a producer with over fifteen years of professional experience in commercial, independent television, and film projects. She has worked in numerous capacities on projects on network and cable, including Fox, Showtime, ABC, and PBS. Her producing credits include Cocaine Prison, In the Gray, and La Lucha (In post-production).

Dr. Dhyana Ziegler is currently the President and CEO of Z/Creators, LLC. Z/Creators is a consulting and digital media production company specializing in education, strategic planning, brand integration, and innovation. She is a writer and has worked in higher education and technology for more than 35 years at the University of Tennessee-Knoxville and Florida A&M University; and formally served as the Garth C. Reeves Eminent Scholar Endowed Chair of Excellence in Journalism, specializing in ethics.