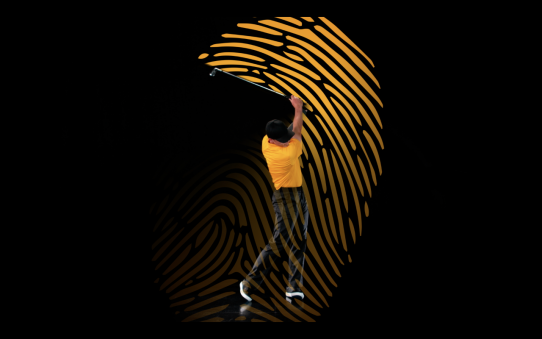 The CTRL Sleeve gives you hyper-personalized, instructional feedback that helps you master your best swing.
GRAPEVINE, Texas - Amzeal -- CTRL, proprietors of the first-ever biokinetic golf sleeve, announced today that their patent-pending CTRL Sleeve is officially launching and available to reserve on Indiegogo.

CTRL began in 2017 with a couple of sketches on a napkin at lunch between its founders. They sketched out a prototype for a device that could accurately measure a human arm's movement in real-time and then set out to make it a passion project.

From an idea to reality, CTRL is now ready to serve its purpose. By perfecting the art of sports training through superior tools that use biometrics to learn how an athlete's body uniquely performs, a personalized training experience has been created.

More on Amzeal News
This innovation has allowed golfers to learn how to swing their own best swing. CTRL gives players 100% customized training that teaches them how to replicate their best swing every single time. Because no one swings the same, CTRL allows golfers to swing to their best ability without conforming to a "universal" swing.

By eliminating the complex metrics that confuse a golfer, CTRL takes the guesswork out of improving your swing. CTRL does not provide complicated metrics that require a coach's interpretation. Instead, it collects metrics and evaluates the data using a powerful algorithm to provide customized feedback a golfer would obtain from a swing coach. Golfers will improve because they are given the solution to their swing, not the problem.

CTRL is easy to understand and use, with only a few inputs from the user required to train the sleeve and no inputs between taking swings and receiving feedback. A mobile application allows the user to set goals and track their progress. Set up is much faster and portable with the sleeve than the competition, which often requires over ten minutes. While the sleeve can be trained to a user's current good swing by itself, integration with a coach can help the user get to their best swing even faster.

More on Amzeal News
Ryan Johnson, a professional golfer who is aiming to be on the PGA Tour, says that the CTRL Sleeve is a "fantastic, brilliant concept" and because "everyone has a different swing," golfers can "maximize their potential" by practicing feels in their swing that allow them to swing their best every time.

Katie Calderon, who is currently ranked #3 in the World of the Women's Xtreme Long Drive Tour, says that the CTRL Sleeve is "by far the best training aid" she has ever used and that she now "understands her swing better" than she ever has.