Storage Made Easy announces SMBStream™, a new product that offers secure accelerated access to SMB Shares over the Internet 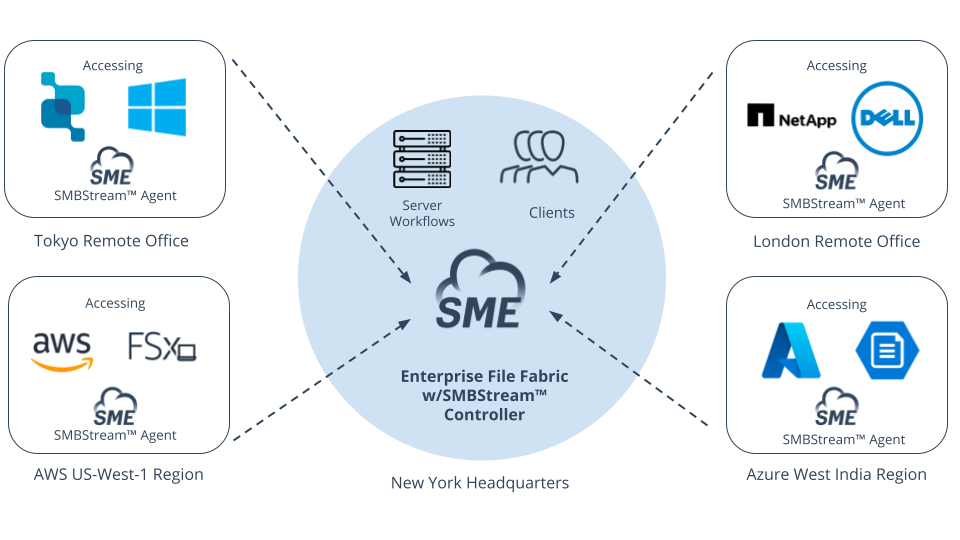 Interested companies can contact Storage Made Easy for a technology preview as part of its early access programme.
LONDON - Amzeal -- Storage Made Easy today announced a new product: SMBStream™, which can work alongside its Enterprise File Fabric product or can be configured to work standalone with direct SMB Shares.

SMBStream™ provides secure accelerated access to SMB Shares across the Internet. A small agent is co-located in the same network as the NAS or Filer providing the SMB Share. The agent provides access to a containerized controller at a remote site via a TLS 1.3-encrypted tunnel. Traffic is always encrypted and key based authentication asserts the identity of both the controller and the agent.

More on Amzeal News
The product is an extension of Storage Made Easy's M-Stream® feature-set optimized for remote SMB shares. M-Stream® acceleration for SMB is a factor of 10x faster than a typical VPNs and is tolerant to high latency and dropped packets. SMBStream™ is filer agnostic and compatible with both on-premise NAS or Windows Filer shares, or on-cloud SMB shares such as Amazon FSx or Azure Files.

*Disclaimer: All product and company names are trademarks™ or registered® trademarks of their respective holders. Use of them is for deployment illustration purposes only and does not imply any affiliation with or endorsement by them.