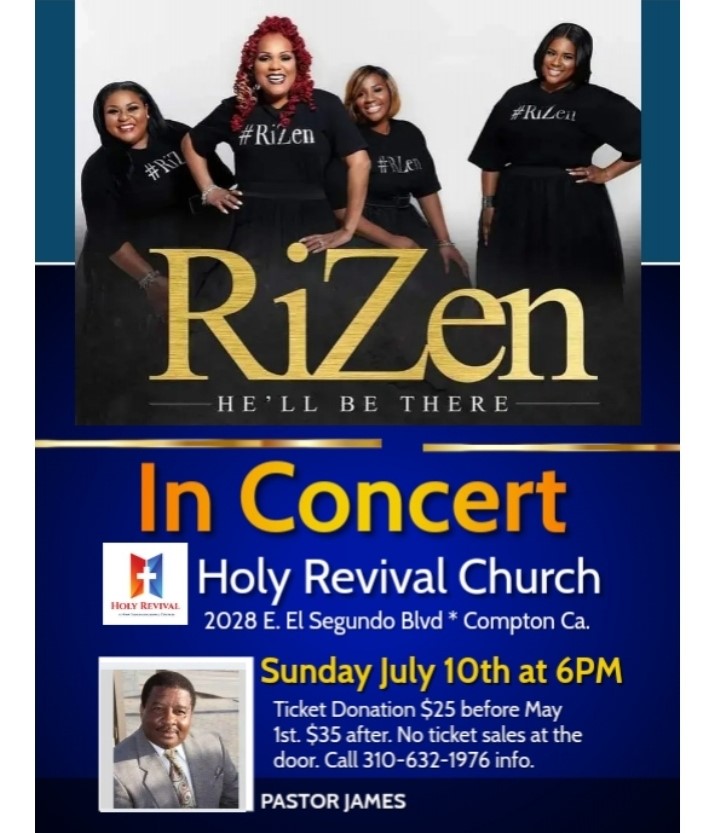 World renown female gospel group RIZEN has reunited and will perform in the Los Angeles area (Compton)for the first time in 17 years.
LOS ANGELES & COMPTON, Calif. - Amzeal -- The famous gospel singing group known as RIZEN will present two concerts Sunday, July 10, at 2:30PM and 6:00PM at the Holy Revival Church.  The Church is located at 2028 E. El Segundo in Compton.  Tickets are available for a $25 donation (before June 1st) and $35 after.  Tickets are on sale now. The public is invited to attend this very special reunion concert of one of the most popular gospel groups of the modern era.

RiZen, consisting of Adriann and Aundrea Lewis, Kanika Trigg, and Ashley Jones, released their self-titled CD RiZen in 2003. The group won a Stellar Award in 2004 for Best New Artist.  RiZen's second CD, RiZen2, was released in 2005. According to Adriann, RiZen 2 is more of RiZen and has a lot to do with the girls' personal experiences. After the release of RiZen2, Trigg and Jones left the group, leaving it a duo of the Lewis sisters. RiZen won a Stellar Award in 2006 for Best Traditional Group/Duo.

NO TICKET SALES AT THE DOOR.