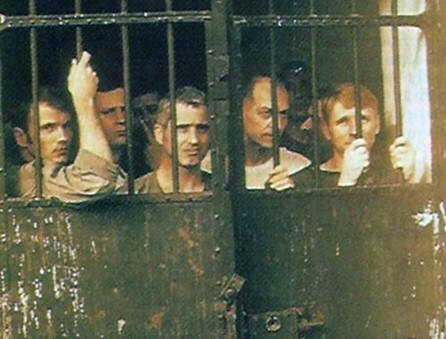 TYSONS, Va., Jan. 25, 2023 /PRNewswire/ -- PenFed Credit Union, the nation's second-largest federal credit union, today announced that it has furthered its commitment to prisoners of war veterans and their families with a $150,000 donation to the American Heritage Museum in Hudson, Mass. The donation will support a one-of-a-kind Hỏa Lò prison exhibit honoring the hundreds of Vietnam prisoners of war who were subjected to years of captivity, enduring extreme torture, isolation and malnutrition.

"The American Heritage Museum's Hỏa Lò exhibit is a truly harrowing, surreal experience that honors the extraordinary courage of Vietnam POWs," said President/CEO of PenFed Credit Union and CEO of PenFed Foundation James Schenck. "It is important that Americans never forget those who fight for our freedom. Vietnam veterans deserve this long overdue recognition for their service and sacrifice. Through the exhibit, generations to come can gain a keen understanding of the extreme conditions POWs experienced. Their fortitude is unmatched."

"The cost of building a display like this is monumental and it cannot be done by the museum alone," said President of the American Heritage Museum Rob Collings. "So, we're fortunate to have a partner like PenFed Credit Union that has stepped in to help make this possible for all of the veterans and for all these younger generations that will come through and learn what this is all about."

About PenFed Credit Union
Established in 1935, Pentagon Federal Credit Union (PenFed) is America's second-largest federal credit union, serving 2.8 million members worldwide with $35.9 billion in assets. PenFed Credit Union offers market-leading certificates, checking, credit cards, personal loans, mortgages, auto loans, student loans, and a wide range of other financial services. Our mission is to empower members of our community to achieve their financial well-being. PenFed Credit Union is federally insured by the NCUA and is an Equal Housing Lender. To learn more about PenFed Credit Union, visit PenFed.org, like us on Facebook and follow us @PenFed on Twitter. Interested in working for PenFed? Check us out on LinkedIn. We are proud to be an Equal Employment Opportunity Employer.