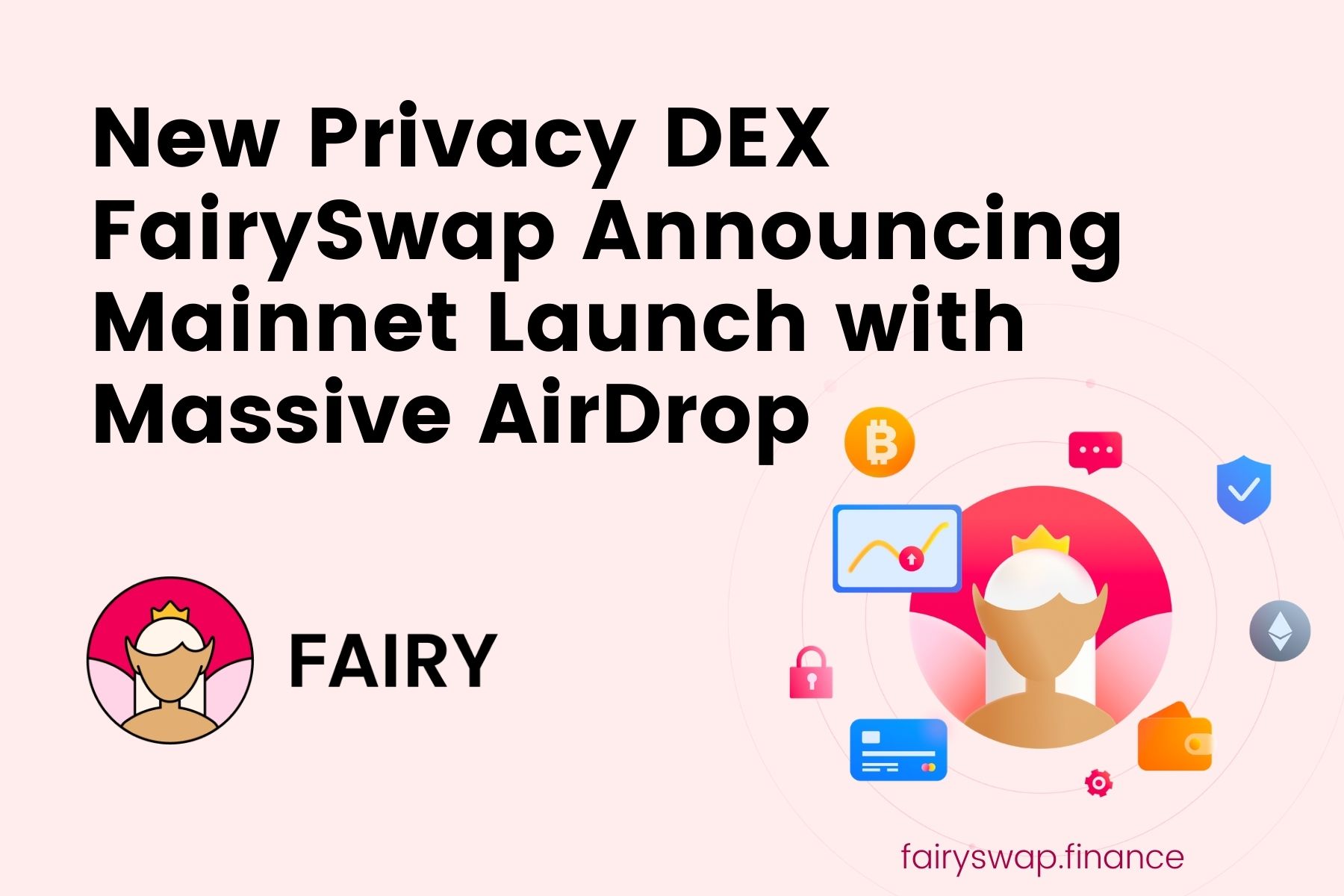 CALIFORNIA CITY, Calif. - Amzeal -- FairySwap, a new type of decentralized exchange with front-running resistance and programmable privacy, is debuting its mainnet product. To celebrate, they are launching a massive giveaway of 300,000 $FAIRY tokens, 3% of the total supply, in a "Pixie Drop" event. The giveaway will run for 12 days, starting at 12:00 pm PST (8:00 pm UTC) on January 8th and ending January 20th.

FairySwap is the first decentralized exchange (DEX) on the Findora blockchain, a new type of blockchain that makes on-chain data publicly verifiable without revealing any of that data.

"FairySwap is pioneering the capabilities of a privacy chain like Findora," said a member of the team helping to build FairySwap. "By building on Findora we are giving control and ownership of your data back to you - which was the original vision of many early adopters of Bitcoin and Ethereum. We are focused on individual control and want to ensure the protocol is community-controlled. Over 97% of tokens will be distributed to the community via mining rewards, and there is no unfair allocation to early investors, advisers, insiders, or the team."

The rest of the 60,000 $FAIRY will be airdropped at the end of the 12 day period amongst the FairySwap community via this contest.

Findora is a public blockchain with programmable privacy. Originally conceptualized as a university cryptography research project in 2017, and finally launched to the public in 2021, Findora utilizes the latest breakthroughs in zero-knowledge proofs and multi-party computation, to allow users transactional privacy with selective auditability.