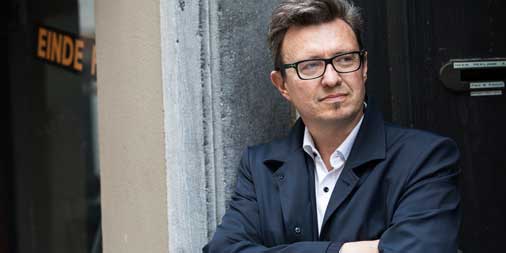 Mind on Fire blends travel stories with an authentic account of how alcohol affects the brain and how recovery from addiction can be like navigating a minefield of existential fears and imperfect thoughts. Recovering addicts, loved ones of addicts, and health professionals working in addiction and recovery all will learn from this courageous and inspiring story.
TUCSON, Ariz. - Sept. 25, 2018 - Amzeal -- LWS Literary Services is pleased to announce that Mind on Fire: A Case of Successful Addiction Recovery by Philip Muls is the recipient of the 2018 Living Now Book Award. Mind on Fire also was a finalist in the 2018 International Book Awards sponsored by the American Book Fest. From September 25-27, 2018, readers can download a free copy of the book via Amazon's Kindle Unlimited.

More on Amzeal News
Launched in August of 2008 by IndependentPublisher.com and Jenkins Group, the Living Now Book Awards recognize recently published books that have a unique ability to enrich readers' lives and promote global sustainability. The Living Now Awards medalists are an exceptionally impressive list of inspiring books, a testament to the dedication of authors and publishers today.

"Mind on Fire is an important addition to addiction literature," says Lynn Wiese Sneyd, owner of LWS Literary Services, the agency representing Muls. "Philip Muls' story is impactful, not to mention unique, because it focuses on the first year of recovery, which for many addicts and their loved ones, is very difficult."

In Mind on Fire, Muls recounts the tenuous year following his fourth and final try at rehab. For more than twenty years, alcohol had fueled his life. An executive with a Fortune 100 company, Muls awoke every day desperately in need of a glass of white wine. He continued to drink throughout the day. After leaving rehab for the last time, Muls enlisted the support of a therapist, who helped him to understand and deal with the overwhelming existential angst that often occurs during recovery. It was through her that Muls discovered the power of writing.

More on Amzeal News
Muls decided to share his personal story in order to support others who are trying to break through their addictions. He admits that it can be a lonely journey, and he wants those dealing with addiction to know that they are not alone. There is tremendous support on the way up to the summit of sobriety.

"After five years without having touched a one drop," says Muls, "it is completely safe for me to say that I stopped and will never start drinking again. And I sincerely hope that a lot of people end up on the same good track."

Philip Muls is a senior business executive in a global corporation, who has been traveling on the job through Asia for the last twenty-plus years. After quitting alcohol in his mid-forties, Muls started to experiment with a variety of recovery treatments on the level of mind and body and also on the level of his deeper self. He currently resides in Belgium. Mind on Fire has been translated into Dutch and French; other languages are pending. It is available from major online retailers. For more information, visit http://www.philipmulsauthor.com.