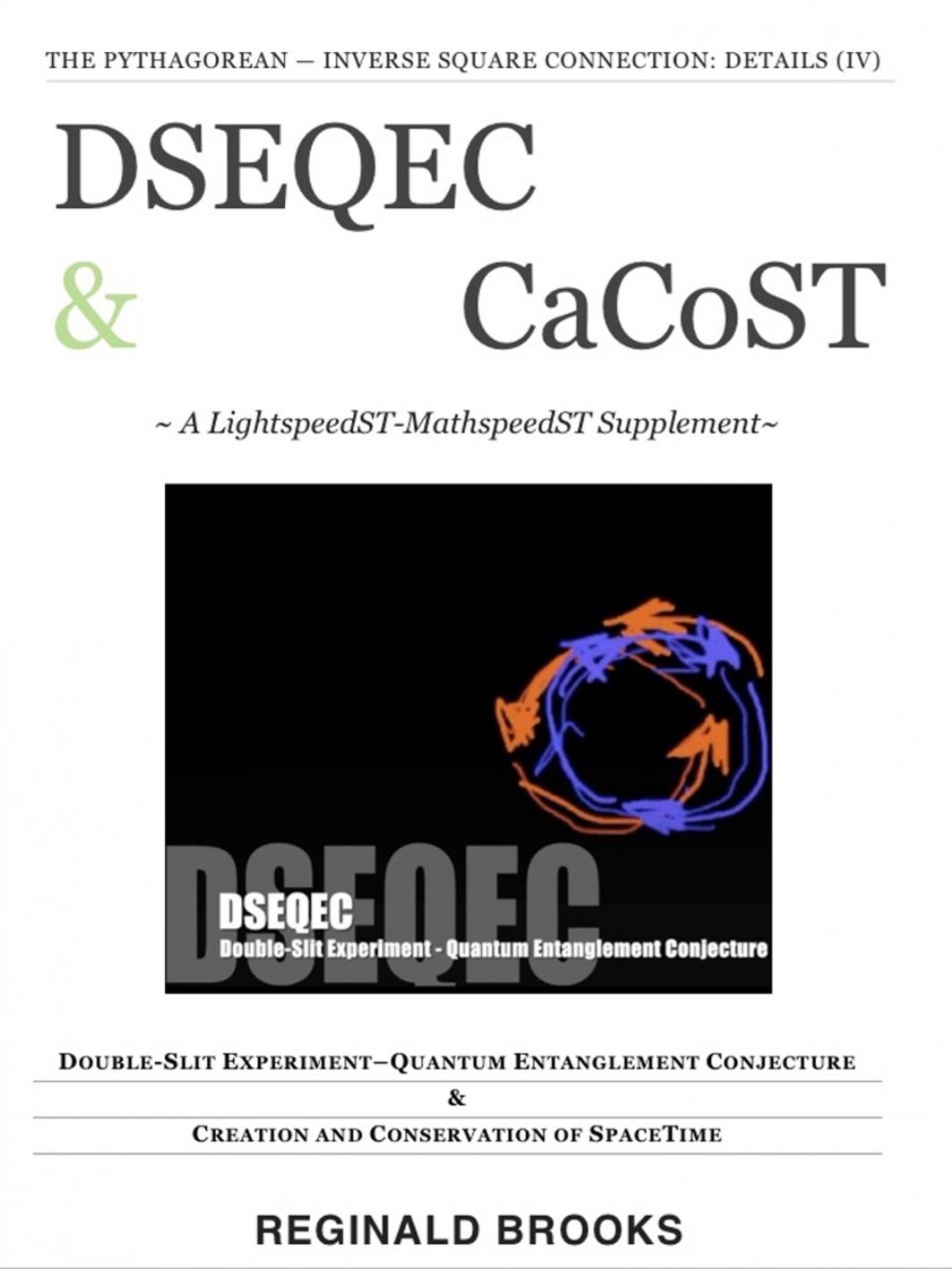 Where did all the anti-matter go? No where! Its "hiding" right where it has been since the inflationary, Big-Bang!
PORTLAND, Ore. - Amzeal -- DSEQEC: The Double-Slit Experiment & Quantum Entanglement Conjecture.

The DSEQEC states that the two are really just two sides of the same coin. Both being explained by the BIM and BIMtree.

Aside from the more modern dilemma of Dark Matter and Dark Energy, there are two major — and largely unanswered — questions that have historically persisted to this day at the heart of the Standard Model and its description by Quantum Mechanics: the Double-Slit Experiment and Quantum Entanglement.

The geometry of ST formation generates descriptive parameters referred to as quantum numbers or their quantum number state — unique identifiers  for each and every subatomic particle. These wave-particle ST units exhibit unusual and non-intuitive behaviors that reveal a connection to each other below the physical reality we observe. The Conjecture is that that underlying connection is the BIM and BIMtree geometry that informs the creation and disposition of ALL ST — including their quantum number state identifiers.

Where did all the anti-matter go? No where! Its "hiding" right where it has been!

Creation and Conservation of SpaceTime (CaCoST).

As the Universe is a numbers game, we naturally must distill down to the fundamental numbers and the system that guides them, to get any real traction on the overall Cosmos. In LightspeedST, MathspeedST and all its supplemental works on Pythagorean Triples and PRIMES, that guiding system points back to the unifying Inverse Square Law — a simple law that relates number quantities such as amounts and distribution — densities — over time.

BIM (BBS-ISL Matrix) provides the "information" — ubiquitously known throughout the Cosmos — template that guides its formation and conservation.

What has been emphasized before, must again be restated: the BIM (BBS-ISL Matrix) that presents the Inverse Square Law (ISL), is so fundamentally at ground zero that the connections and interconnections it keeps on revealing between the Pythagorean Triples and the PRIMES more than suggests a key relationship to the Construction and Conservation of SpaceTime (CaCoST)— it is SpaceTime.

Of greater significance is the underlying theme here: Nature works with simple numbers, amounts and qualities to generate a rich, complex, inter-connected and harmonious "system" by means of symmetry, repetition, re-iteration and scale to inform what we think of as our "Universe!"

It is suggested here that our "Universe" is really only part of the larger Cosmos — or SpaceTime Continuum — that is fundamentally bi-polar.

MAP: mathematics—art—physics ebooks: All are available in Apple Books.