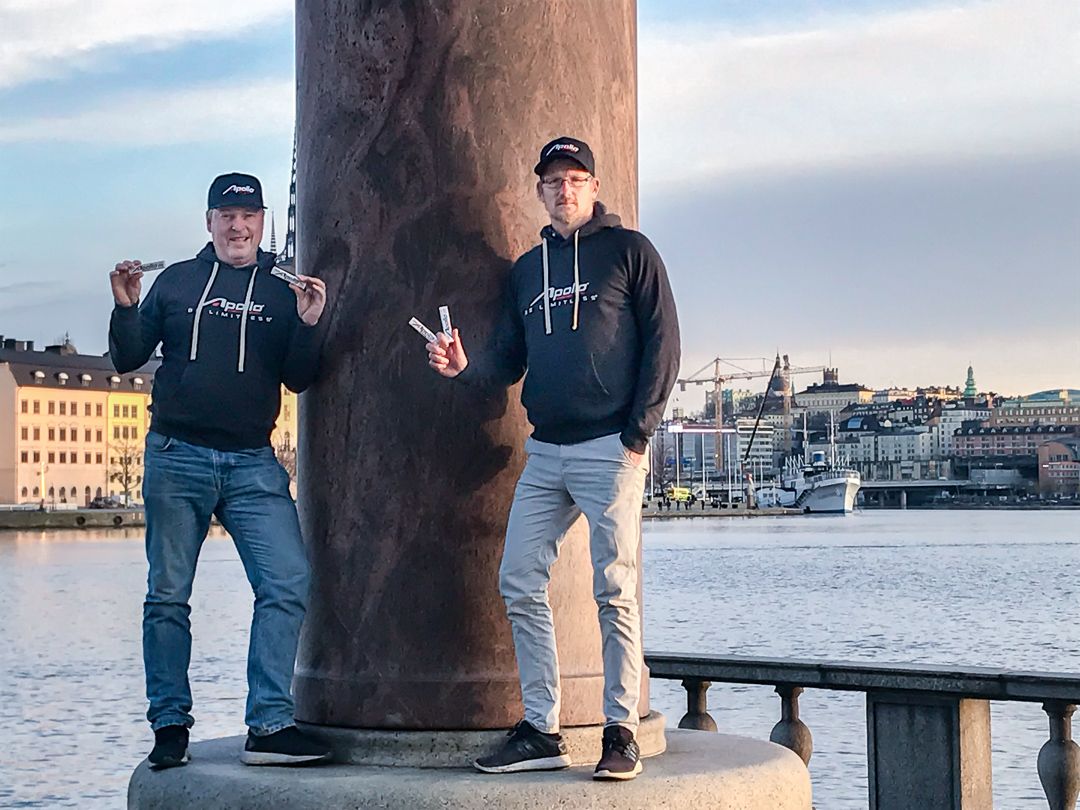 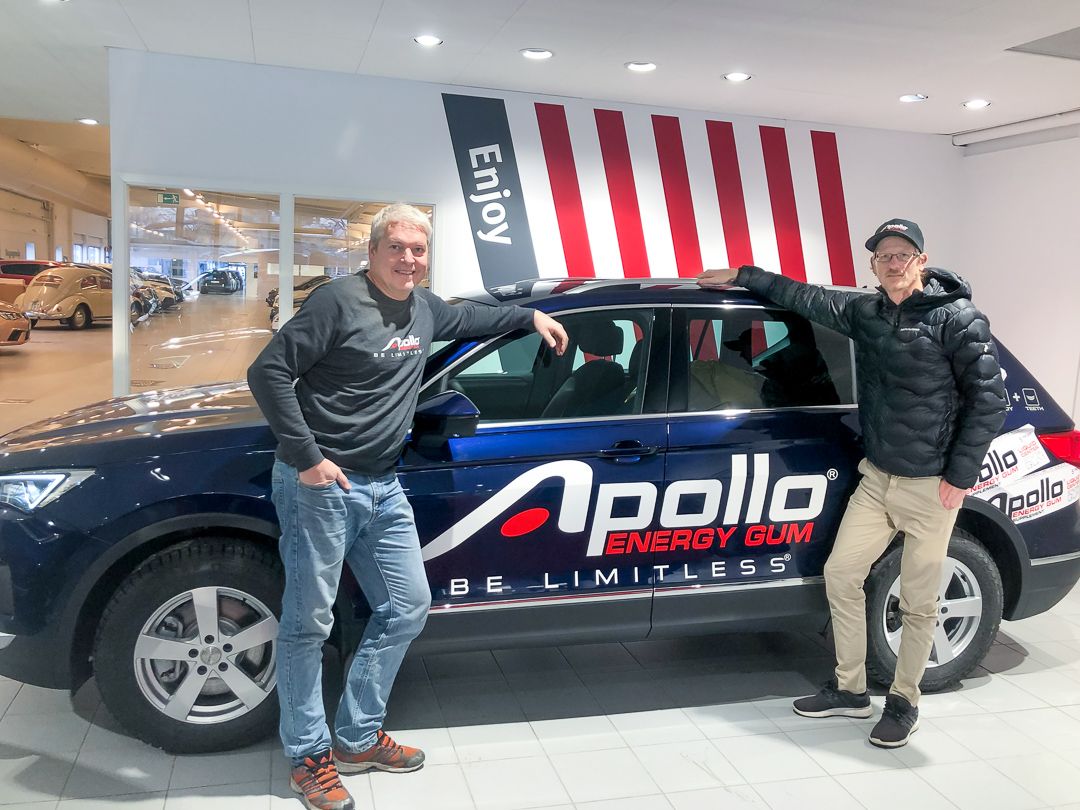 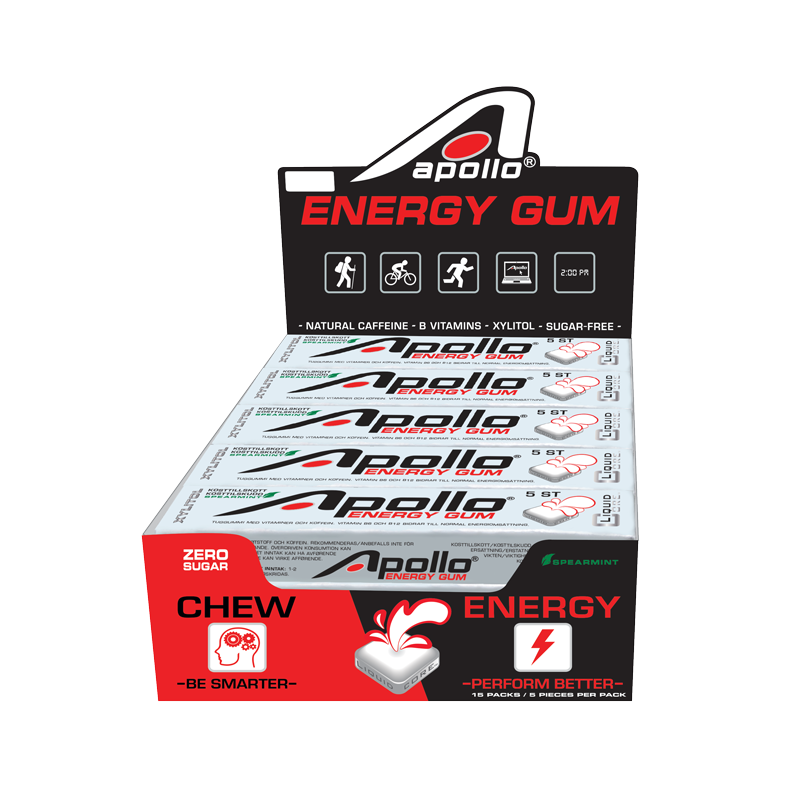 Sweden-based partner to manage Sweden, Norway, Denmark, Finland & Iceland
DENVER - Amzeal -- Apollo Brands LLC ("Apollo®"), which markets Apollo Energy Gum®, Golf Gum® and other functional chewing gum brands, announced a new regional distributor covering the Nordic Countries.  ReFuel AB, based in GÄVLE Sweden, has entered into an Exclusive Distribution Agreement with Apollo® and has received their first pallets, with more on the way.  According to Apollo®, the Nordic Countries represent a vibrant and discerning energy consumer population.  "Based on the interest and pre-orders that ReFuel AB has already received, there is pent-up demand for cleaner and better-for-you energy products throughout Scandinavia and Iceland," stated Apollo® Founder and CEO Troy Widgery.  "The Apollo Liquid Core® delivery system is unique, the gum contains more xylitol than any other gum in the world, and the natural spearmint taste profile is a perfect fit in the Nordics," Widgery continued.

ReFuel AB is a team of business experts with significant experience in consumer goods (CPG), pharma, confectionery, and sales & distribution.  ReFuel AB was co-founded in Sweden by COO Mathias Åström and CEO Magnus Lindblad.  Mr. Åström was most recently a Sweden and Nordic Region Marketing and Merchandising Manager for MEDA OTC – a subsidiary of pharmaceutical giant Mylan Worldwide.  Previously he worked for Wrigley, also in merchandising and marketing in the Nordic Region.  Mr. Lindblad most recently served as a Key Accounts Manager in Sweden for a unit of Mylan Worldwide, and previously was a Key Accounts Manager for British American Tobacco. Their combined experiences and backgrounds will be invaluable in selling Apollo® into the Petrol/Convenience Store channels as well as other retail categories throughout the 5-country territory.  "We are very excited about partnering with Apollo® to distribute Apollo Energy Gum® and Golf Gum®," stated Mr. Åström.  "There are over 1,000 golf courses in our territory – 400 in Sweden alone – and we have seen great interest in Golf Gum® since Tiger Woods and other golfers have been chewing gum and having success in international tournaments," Åström said.

More on Amzeal News
ReFuel AB is based about 150km from Stockholm.  "The timing is right to introduce Apollo® in the Nordics," stated Mr. Lindblad.  "The addition of SPACE STATION™ distribution technology – a new and game-changing system from Apollo® – should catalyze interest and sales, particularly at golf facilities," Lindblad continued.

Apollo® is on pace to close 2019 nearly 500% above prior-year revenues, and the expansion into other countries is on pace with company goals.  "We welcome ReFuel AB to the growing Apollo® family worldwide.  Several more announcements are forthcoming, including another key European Country Partner," said Scott Schaible, Apollo® Communications Director.  As noted in the in the Wall Street Journal last week, in a story 12/4/19 that featured Apollo® and Golf Gum®,  "Functional products have become more popular as people look for more natural ways to address health concerns…Successful brands can command a premium for products that purport to have such added benefits."

About Apollo:  Apollo Brands® was born out of Founder Troy Widgery's prior success with GO FAST! Energy Drink™. Following the successful exit from GO FAST!™, a surviving independent brand that at times had distribution in the USA, Europe, Middle East and Caribbean, the Apollo® Team focused on creating a healthier and more portable energy product. This led to Apollo Brands® with its unique Liquid Core® specialty brands, which are manufactured in Colorado USA.  The Apollo Brands® energy gums represent the culmination of 700 formulations over more than a decade of R&D, resulting in the creation of the unique Liquid Core®.

More on Amzeal News
The Apollo® Team realized that caffeine was just one part of the energy equation; There had to be something healthier and better than energy drinks, energy shots and coffee. The delivery method for the caffeine makes a significant difference.  Chewing gum provides scientifically proven cognitive benefits like reduced stress and improved concentration – so chewing your energy source was the best possible combination.  Apollo® uses the fewest, cleanest ingredients and all of its gum brands are vegan and sugar-free.

Apollo® strives to inspire consumers to challenge the status quo of how they get their energy, and better understand energy drink tradeoffs such as high sugar content and calories.  Apollo's® mission is notably focused: To Empower People with Good Energy™.